Those who are dependent need to stop drinking alcohol (abstinence). Those who are problem drinkers may be successful with moderation. Because many people refuse to believe that their drinking is out of control, trying moderation can often be an effective way to deal with the problem. If it succeeds, the problem is solved. If not, the person is usually ready to try abstinence. 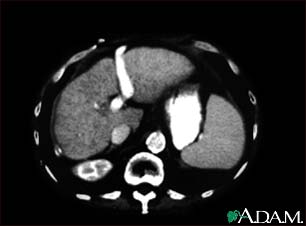 Three general steps are involved in treatment once the disorder has been diagnosed:
* Intervention
* Detoxification
* Rehabilitation

Many people with alcohol problems don’t recognize when their drinking gets out of hand. In the past, treatment providers believed that alcoholics should be confronted about their drinking problems, but now research has shown that compassion and empathy are more effective.
The ideal approach is to help people realize the negative impact alcohol abuse is having on their life, and on the lives of those around them. They can aim for a personal goal of leading a more fulfilling and sober life.
Studies find that more people enter treatment if their family members or employers are honest with them about their concerns, and try to help them see that drinking is preventing them from reaching their goals.

Withdrawal from alcohol is done in a controlled, supervised setting in which medications relieve symptoms. Detoxification usually takes 4 to 7 days.
Examination for other medical problems is necessary. For example, liver and blood clotting problems are common.
Eating a balanced diet with vitamin supplements is important. Complications can occur with alcohol withdrawal, such as delirium tremens (DT’s), which could be fatal. Depression or other mood disorders should be evaluated and treated. Often, alcohol abuse develops from efforts to self-treat an illness.

After detoxification, alcohol recovery or rehabilitation programs can help people stay off alcohol. These programs usually offer counseling, psychological support, nursing, and medical care. Therapy involves education about alcoholism and its effects.
Many of the staff members at rehabilitation centers are recovering alcoholics who serve as role models. Programs can be inpatient, where patients live in the facility during the treatment. Or they can be outpatient, where patients attend the program while they live at home.
Medications are sometimes prescribed to prevent relapses.
* Acamprosate is a new drug that has been shown to lower relapse rates in those who are alcohol dependent.
* Disulfiram (Antabuse) produces very unpleasant side effects if you drink even a small amount of alcohol within 2 weeks after taking the drug.
* Naltrexone (Vivitrol) decreases alcohol cravings. It is available in an injected form.
You cannot take these medications if you are pregnant or have certain medical conditions. Long-term treatment with counseling or support groups is often necessary. The effectiveness of medication and counseling varies.

Support groups are available to help people who are dealing with alcoholism. Alcoholics Anonymous is a self-help group of recovering alcoholics that offers emotional support and a model of abstinence for people recovering from alcohol dependence. There are local chapters throughout the United States.
Members of AA:
* Are given a model of recovery by seeing the accomplishments of sober members of the group
* Have help available 24 hours a day
* Learn that it is possible to participate in social functions without drinking
Because alcoholism can also affect those around the person with the alcohol problem, family members often need counseling. Al-Anon is a support group for spouses and others who are affected by someone else’s alcoholism. Alateen provides support for teenage children of alcoholics.
If you don’t like the 12-step approach, there are several other support groups available. It is important to know about these other groups because in the past, those who did not find AA helpful or were troubled by its involvement of a “Higher Power” had no alternatives.
SMART recovery uses cognitive methods to help people with alcoholism recover. LifeRing recovery and SOS are two other nonreligious programs. Women For Sobriety is a self-help group just for women — many women with alcohol problems have different concerns than men. Moderation Management is a program for problem drinkers who want to moderate their drinking. It recommends abstinence for people who fail at moderation.
See also: Alcoholism – support group

Only 15% of people with alcohol dependence seek treatment for this disease. Starting drinking again after treatment is common, so it is important to maintain support systems in order to cope with any slips and ensure that they don’t turn into complete reversals.
Treatment programs have varying success rates, but many people with alcohol dependency make a full recovery.

* Brain degeneration
* Cancers of the larynx, esophagus, liver, and colon
* Cirrhosis of the liver
* Delirium tremens (DT’s)
* Depression
* Esophageal bleeding
* Heart muscle damage
* High blood pressure
* Insomnia
* Liver disease (alcoholic hepatitis)
* Nausea, vomiting
* Nerve damage
* Pancreatitis
* Poor nutrition because vitamins aren’t absorbed properly
* Problems getting an erection (in men)
* Severe memory loss
* Stopping of the period (menstruation) in women
* Suicide
* Wernicke-Korsakoff syndrome
Alcohol consumption during pregnancy can cause severe birth defects. The most serious is fetal alcohol syndrome, which may lead to mental retardation and behavior problems. A milder form of the condition that can still cause lifelong problems is called fetal alcohol affects.
People who are dependent on or who abuse alcohol continue to drink it despite physical or mental problems. They may have problems with binge drinking (drinking 6 or more drinks at one sitting). Those with dependence have more severe problems and a greater need to drink.
Alcoholism is a major social, economic, and public health problem. Alcohol is involved in more than half of all accidental deaths and almost half of all traffic deaths. A high percentage of suicides involve the use of alcohol along with other substances.
People who abuse or are dependent on alcohol are more likely to be unemployed, involved in domestic violence, and have problems with the law (such as drinking and driving).

If you or someone you know has alcohol dependence and develops severe confusion, seizures, bleeding, or other health problems, go to the emergency room or call the local emergency number such as 911.

Review Date : 10/18/2009
Reviewed By : George F. Longstreth, MD, Department of Gastroenterology, Kaiser Permanente Medical Care Program, San Diego, California. Also reviewed by David Zieve, MD, MHA, Medical Director, A.D.A.M., Inc.
The information provided herein should not be used during any medical emergency or for the diagnosis or treatment of any medical condition. A licensed medical professional should be consulted for diagnosis and treatment of any and all medical conditions. Call 911 for all medical emergencies. Links to other sites are provided for information only — they do not constitute endorsements of those other sites. © 1997- 2010 A.D.A.M., Inc. Any duplication or distribution of the information contained herein is strictly prohibited.